Due to a friend moving away (Finnian Anderson, check out his blog) I came into ownership of a Skywriter. I decided to hook it up to an Arduino Leonardo to create a gesture/shortcut pad for my computer.

The skywriter can detect a number of gestures including flicks, circles and taps. I assigned each gesture to a keyboard command, which gets “typed” by the Arduino Leonardo, using its HID capabilities courtesy of its ATmega32u4 (it masquerades as a keyboard).

I made a case/stand out of some black acrylic using a chop saw (impatience), but a laser cutter would have been better.

The skywriter is super simple to set up, as it uses I2C, and Pimoroni have written an awesome library for it! (It’s got a nifty Python lib for the RPi too)

After grabbing a copy of the library from here, I gave the skywriter a test and wrote a simple program to trigger different keyboard shortcuts on different gestures.

My favourite feature is the incremental redshift adjustment, as I use redshift a lot.

To achieve that I wrote a simple and hacky bash script, and assigned keyboard shortcuts to call it with + and – arguments. 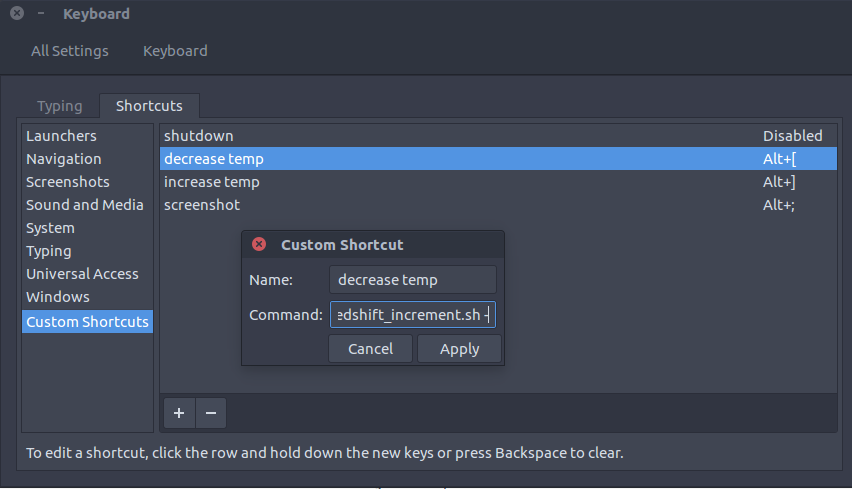 You can find all the code on my github.

You can buy skywriters from here.

8 thoughts on “Computer gesture control with Arduino and skywriter”