Recently I was given an old CD player that wasn’t needed anymore. I decided to hack the electronics, and turn it into a clock (because what else would you turn an old CD player into?). I attached an LCD screen to the CD tray to display the time, and wired it up to an arduino.

I had decided that I wanted the clock to slide out the CD tray and display the time on the LCD when it heard a clap from someone in the room, so I hooked up a simple electret Mic. I also wanted the sound threshold at which the clock triggered to be adjustable, so I traced some PCB tracks and probed terminals until I found the connections to the buttons on the front panel of the CD player. I then hooked these up to the arduino with some pullup resistors.

Next I figured out how to control the opening/closing of the CD tray, so I found the relevant terminals on the old PCB and soldered them to an arduino motor shield. I attached a Real Time Clock to make sure the time was accurate. 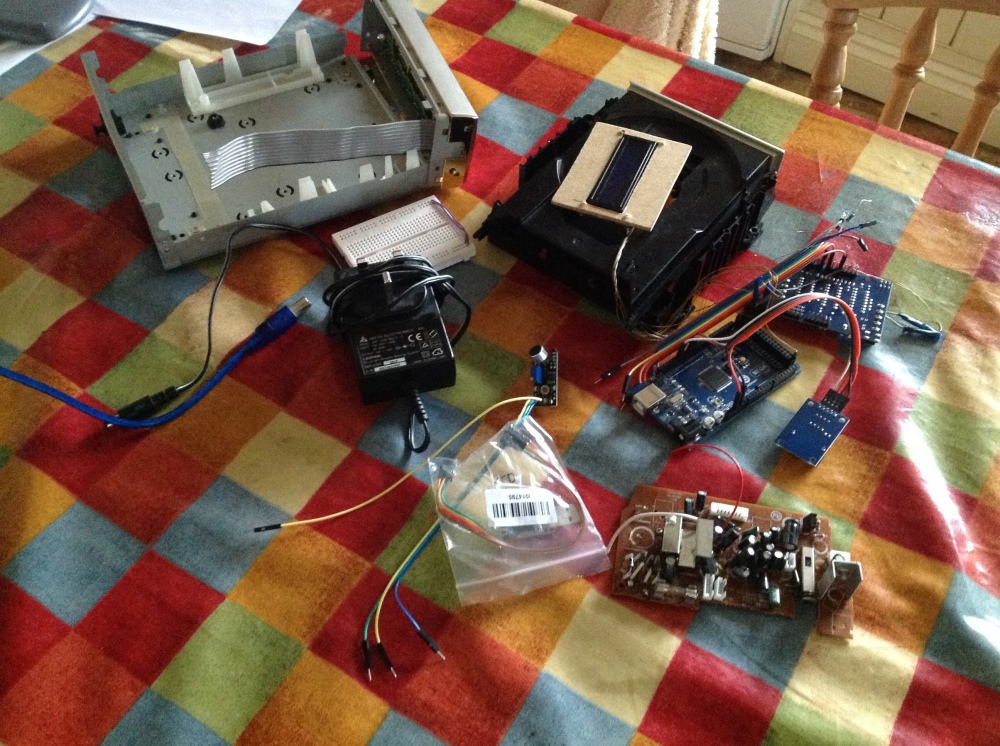 Finally I put it all together and wrote some simple software. Demo in the video above!

Code can be found here: https://github.com/bengineer19/clap_clock/